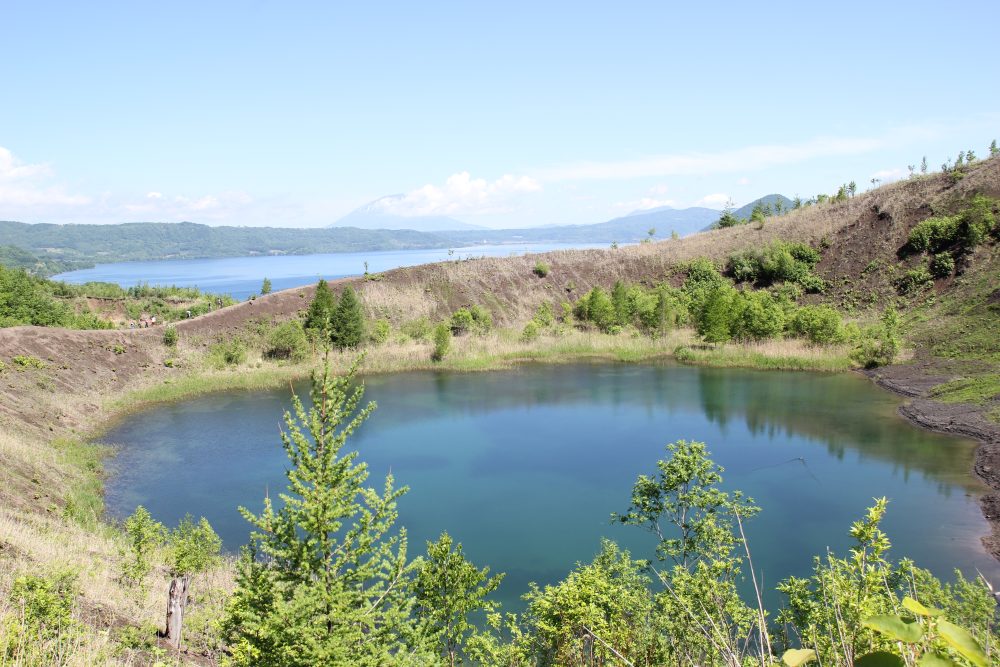 Sunday the 2nd of June saw the Niseko Walking groups 2nd adventure and the early summer hokkaido weather did not disappoint supplying us with ample bluebird weather and maybe even a touch too much sun.

The walk took about 2 hours and linked 2 trails Kompirayama Walking Trail and the Nishiyama Crater Walking Trail that can be attempted individually if you have small children and think it may be little to much for them to do both.

It’s hard to put into the words the experience of walking the volcanic craters and ruins created by the eruption of Mount Usa. 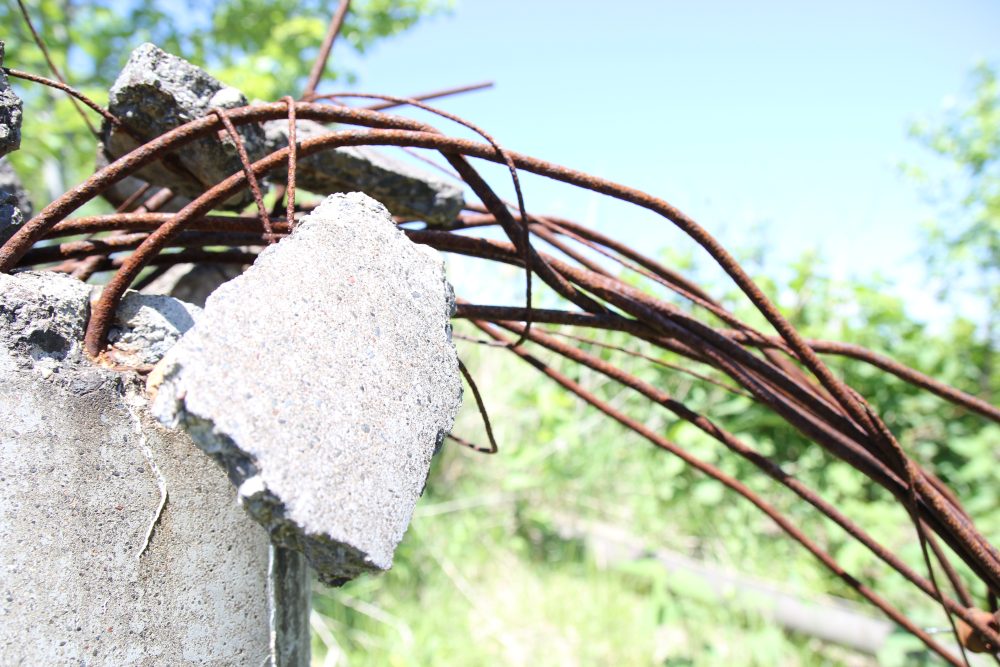 The Eruption of Mount Usu

The 2000 eruption of Usu volcano was the first in 22 years and followed several days of rumblings which thankfully gave the community ample time to evacuate.

A first new vent opened in the West-Nishiyama area on 31 March 2000, followed by activity in the Kompira area on 1 April. Eruptive activity lasted for more than a year and gradually declined until September 2001.

A large area of Usu volcano deformed during the eruption by uplift of up to 60 m vertical displacement and involving a volume of ca. 40 million m3. That figure makes sense when you walk past the ruins of housing block. My first thought was ” Well it doesn’t look too bad ” until you realise what you are looking at the 2nd story. The first story being all but completely buried by mud. The town takes this threat very seriously with a wall that’s built to funnel any future flows away from populated areas. 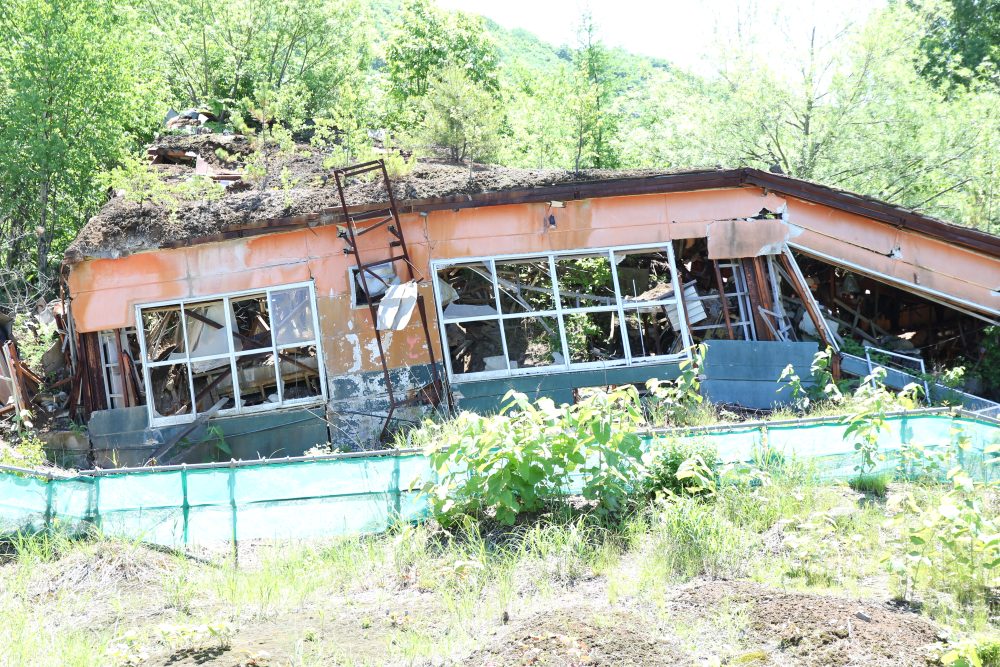 To be honest I was was expecting to see solid rock around the ruins but most of the force was created by mudslides. To really understand what happened here its worth looking up LAHAR’s ( thanks Lenny) which is essential a  violent mudflow about the same consistency as concrete formed by mix of melted snow, pyrolastic material, mud and and water. They move fast ( much quicker than laver ) and either cover or demolish all that lies in their path. 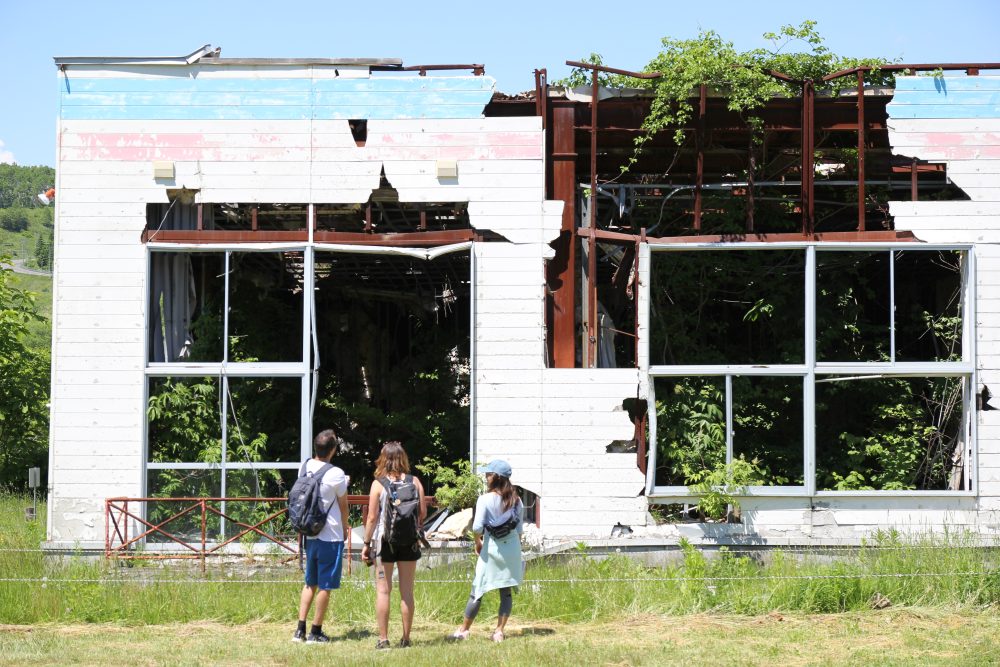 To walk around the pre school on the upper part of the walk was truly an eerie experience. It almost felt like humanity was just wiped out. Something about the innocence of the children’s play equipment and trees literally growing right through the middle of abandoned buildings really makes this site a must see. 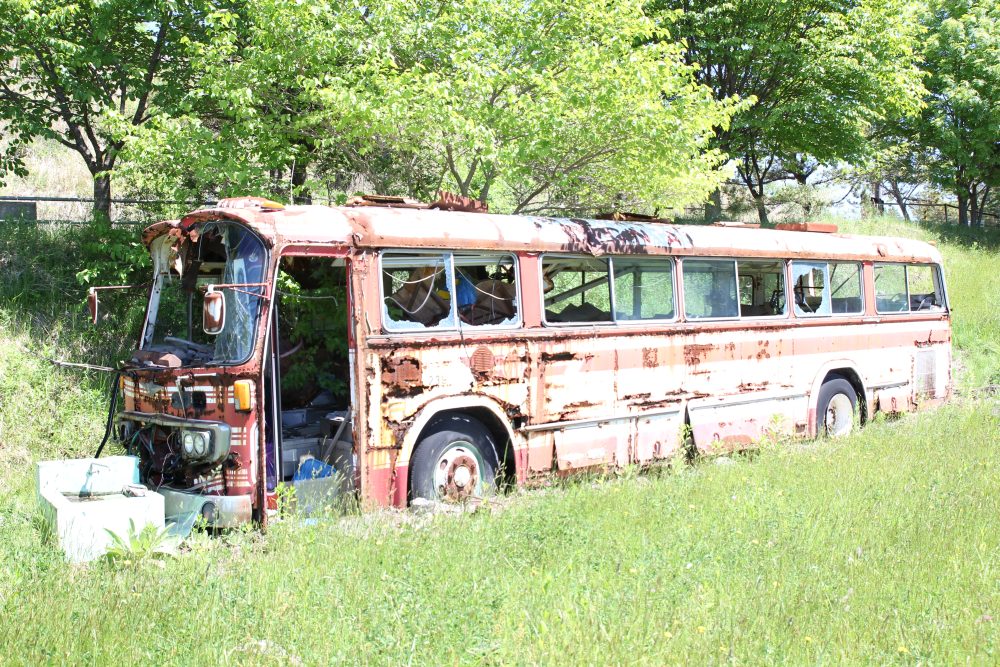 This walk is must to do in Hokkaido.