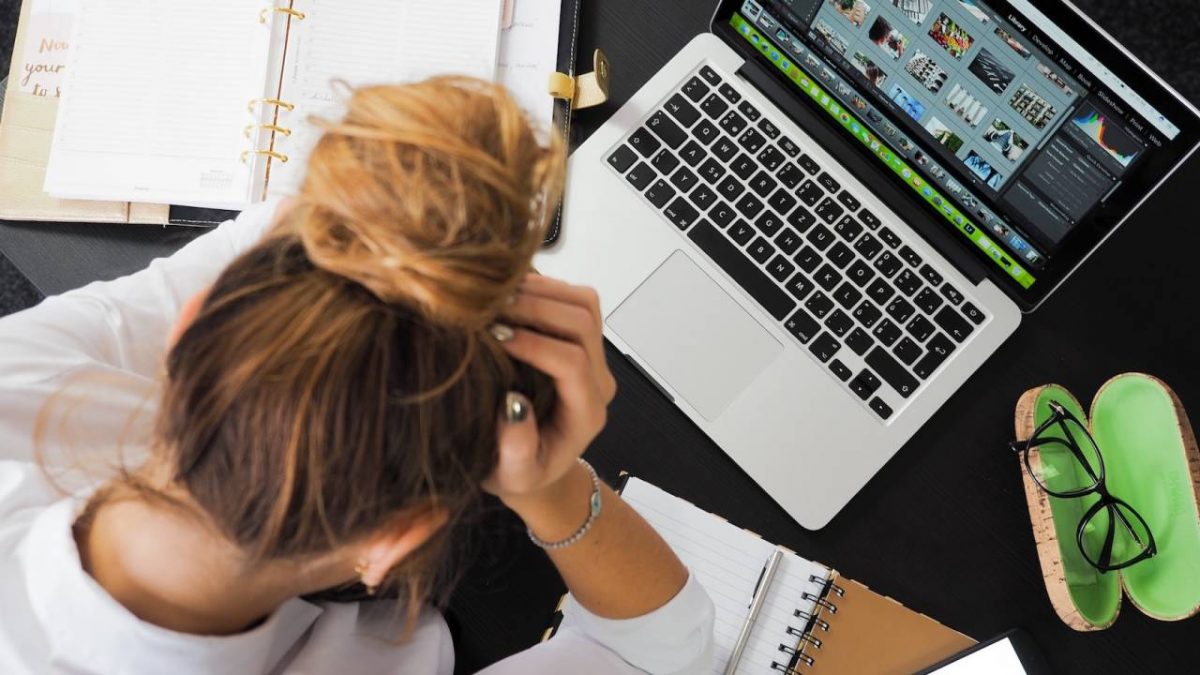 “The wise rest at least as hard as they work.”
― Mokokoma Mokhonoana

Something interesting happened on the 28th of May 2019.

The World Health Organisation (WHO) officially recognized and classified workplace burnout as a Occupational phenomena but they did stop short of classifying it as full disease (2).

“Burn-out is a syndrome conceptualized as resulting from chronic workplace stress that has not been successfully managed. It is characterized by three dimensions:

It’s important to note that burn-out refers specifically to phenomena in the occupational context and should not be applied to describe experiences in other areas of life.” (1) This is important to note as there is a lot of overlap between burnout and other conditions such as depression so i think the WHO got this right in seeking to limit the definition of burnout to just the workplace.

This is still a significant step forward as clearer terminology leads to better studies and hence better solutions to this perplexing problem. It’s likely as this important topic gets more attention we can better manage burnout and its implications.

Having experienced a burnout last year I now have more than academic interest in the topic.

The movies like to depict a sudden snap where all of sudden you are wearing your pajamas to work and making goodbye speeches standing on your desk.  The reality is far more boring. And depressing.

You find yourself tired all the time, growing increasingly disconnected from you work and meaning that you attributed to it. Your coping mechanics such as a quick holiday or a few cheeky bevies on the weekend that used to see you through no-longer seem to be effective and in some cases just make the problem worse.

In his classic “The E-Myth Revisited: Why Most Small Businesses Don’t Work and What to Do About It” Michael Gerber talks about another peak in business failure rates around 5 years. It’s not because the the business was unsound, it was financially viable and had found a niche to service and generate income. It had survived the dreaded start up phase. But it failed for another reason. The owner simply burned out from exhaustion. 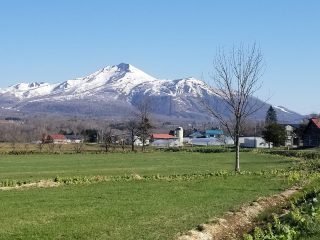 My experience from living in a busy fast growing tourist economy previously is that those of us working here are actually working pretty hard.

Living in Niseko we have it better than most but when the seasons in full swing we can find ourselves quickly overwhelmed and putting in some very unhealthy working house and finding energy levels lessening by the day.

Even in my first season here I was treating chefs doing 80 hour weeks, Ski and snowboarding instructors working 7 days a week for months straight and management regularly working every single moment of their conscious existence trying to keep the whole show on the road.

No matter how much we love our jobs and the sense of fulfillment it can give us we all have a our breaking point and it’s really important to try and look after yourself.

Assuming burnout will just ” go away ” is akin to ignoring that every increasing rattle from your engine. If you are starting to burnout something must be changed !  Just like the engine noise taking action early is going to be easier and lest costly in the long run that taking action later.

Edelwich and Brodsky (7) defined burnout as “A progressive loss of initial idealism, energy, and purpose experienced by people in the helping professions as a result of the conditions of their work”. They identified four stages of burnout (or disillusionment):

1. Enthusiasm– This is us as we take on a new job and role ready to change the world.

2. Stagnation– Things are not going how we planned. We bogged down in the detail.

3.Frustration– There is now a mismatch to what we had planned to do and what we perceive that we are actually achieving.

4. Apathy- The final stage of burnout where you start to have emotional detachment from the roles that we were once passionate about. This is point where you no longer find meaning or fulfillment in your workplace tasks. 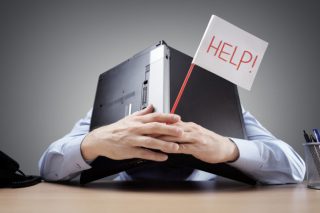 So how common is burnout ?

Well one of this issues is that because nobody could agree on a definition it has become very hard to measure but it’s safe to say it’s growing problem. Now we have a definition its going to be easier to quantify actual true burnout from just ” Sometimes I don’t like my job and my boss is mean to me “.

The published academic papers seem to report figure around a lifetime prevalence of Lifetime prevalence of diagnosed burnout syndrome was 4.2 % (women 5.2 %, men 3.3 %) (6). Self reported figures are understandably higher with a recent Gallup study of nearly 7,500 full-time employees found that 23% of employees reported feeling burned out at work very often or always, while an additional 44% reported feeling burned out sometimes (3).

Employees who report burnout are 23% more likely to take a sick day and 2.6 times as likely to leave an organisation. (3)

Women report higher burnout levels than men. This is common in most studies with the Women reporting more burnout and far higher work/ family conflict. (4). Women also report that workplace bullying has a larger impact on their burnout risk then men (4).

“A meta-analysis of almost two hundred studies conducted in more than fifteen countries found that women are more physically and emotionally exhausted than men, accounting for their higher rates of burnout in many sectors, such as media. “An awful lot of middle-aged women are furious and overwhelmed,” wrote Ada Calhoun in a 2016 article titled “The New Midlife Crisis: Why (and How) It’s Hitting Gen X Women.” What we don’t talk about enough is how the deck is stacked against their feeling any other way.” (8)― Soraya Chemaly,

Age is another interesting thing. Whilst burnout has been labeled by the media as a problem for the melenials (5)  most of the peak burnout occurs in your early 40’s to mid 50’s and seems to be more strongly correlated to your age than generation you were born in. Still it’s worth considering what factors have changed to make burnout more of issue for the current generation of workers and we will get to that.

So why is the happening ?

When burnout was first documented and studied in the late 70’s it was very much seen as personal issues. There was something wrong with you. Something wrong with your coping mechanisms that made you vulnerable to burnout.  More recent attention moved to the organisational culture. Was there something about the organisation that puts individuals at risk ? And finally we need to have a think about society. What role does culture have in the demands placed upon us and how has the rise in technology changed how we interact with the world around us.

Thus burnout is really a combination of

Maslach in 1982 (4) was one of the leading pioneers in burnout research. His work looked primarily at health care workers with very high burnout rates and he became convinced that burnout was related to the exhaustion of ones emotional energy as in the ability to empathize and show compassion.

Certainly medical professions do seem to have the highest rates of burnout. Could the loss of the ability to relate well to other humans around us be one of the biggest factors. Is is possible to ” give ” so much of yourself to the service of others that you simply ” burnout “.

In reality is there is far more factors at play in the complex dynamics at play. Yes we need to work on our psychological resilience and coping mechanics and yes perhaps this is still the most important factor but to understand burnout we need to look past seeing individuals characteristics as the problem but rather view them as a part of the complex matrix with many other variables.

This model of thinking takes the focus on individual but rather the environment they are forced to operate in. What role does the culture of an organisation play in allowing it’s employees to feel supported and valued and have regard for their long term mental health ? Unfortunately the macho culture of ” We that’s just how it is here, if you can’t handle it when then leave ” is still alive and well and I would argue may be in more prevalent in places where it is so desirable to live and work.

Perceived inequality is another big issue too. If you are in organisation where you perceive that you are not being paid fairly or others more undeserving are paid more then this can be another important factor leading to burnout and disillusionment.

In absolute classic experiment showing this aversion to inequality Brosnan et al (9) published a classic study in nature where they paid monkeys unfairly for doing the same task. The monkey not paid fairly ended up getting so frustrated and angry they refused to to participate further in the game despite that meaning that they would miss out of food altogether. You can see a classic overview of the experiment of the experiment below.

On Christmas day of 2015 Matsuri Takahashi killed herself after working so hard that she became mentally unstable due to stress and sleep deprivation. This story is not an isolated one and the Japanese are so familiar with death from overworking they even have a word for it” Karōshi  ” which translates to death by overworking in the Japanese workplace (10).

Japan has the highest working hours of any developed country with nearly one quarter of Japanese companies require employees to work more than 80 hours of overtime a month, according to a 2016 government survey (12). This deeply routed in cultural traditions

The general consensus in the literature seems to be that any hours worked past 60 hours a week puts you at significant risk of burnout. Interesting over the longer term increased working hours actually creates less producity not more (13)

There are over risk factors at play too. Virtanen found that that people who worked long hours were, in general, 11% more likely to be heavier drinkers than those who worked normal hours (11) and we already know that heavy drinking leads and a host of health problems and is more likely to contribute to a burnout than prevent one.

It’s not just the hours

Sure the number of hours worked is a very important factor in our risk of burnout. However I think we need to have a think about how we work and the the role of digital pollution.

In 2003 Jacob Nielson coined the term ” digital pollution ” (14) He noted that although the information age was supposed to make us more efficient we where becoming bombarded with information that was leading to stress and we constantly tried to priorities incoming data.

The average worker now receives 121 emails per day (17). And that is just the average. Management may be getting several times this volume. For a technology that was supposed to cut down the inefficiency of letter writing we must ask the question

Dr Joanne Cantor in her book ““Conquer Cyber Overload” (15) talks about the importance of multitasking. The truth humans are not very good at multitasking and the more tasks we try to do at the same time the higher the risk of burnout is.

It’s very good practice to consider putting your email on ” Pause mode ” when you are in the middle of completing as task. study conducted in the University of California, discovered that it takes an average of 23 minutes and 15 seconds to refocus on a task after an interruption. [16)

The internet is full of everbodies “top 5 ” lists to reduce burnout. One of them may even be the right list but the research tends to indicate this is complex problem with the solution being variable due to the matrix talked about above. 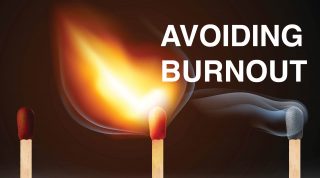 Pointers that I think would be a fair summary would be

And lastly if you are living in Niseko. Remember why you moved here and get back to nature whenever you possibility can !